The Star of Life is a six barred cross, in blue, with a Staff of Asclepius in the center. It is a registered mark, created by the U.S. Department of Transportation, National Highway Traffic Safety Administration, in 1977 in order to identify those vehicles and personnel that met the national standards for emergency medical care.

The six bars of the Star of Life represent the six functions of the complete Emergency Medical Services (EMS) system: 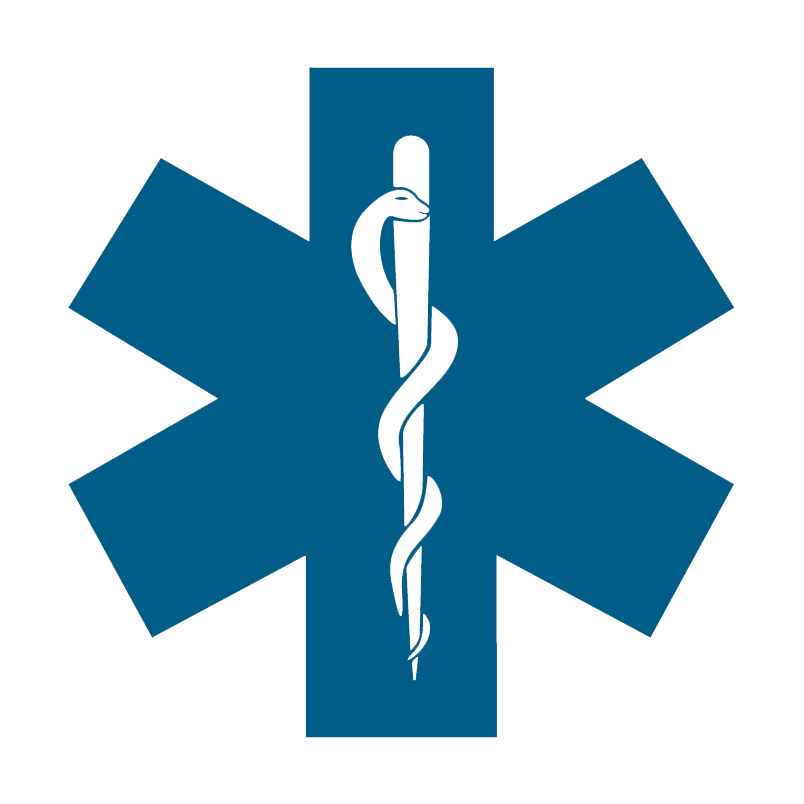 The Caduceus, with its winged staff and intertwined serpents, is used as a medical symbol by some. However, its history is not with medicine but rather associated with Hermes (Greek) or Mercury (Roman), the god of commerce, travel and thievery, and messenger to the other gods.

Today, the Star of Life is used as the symbol not only to identify vehicles and personnel but other facilities, training material, emergency medical equipment as well as to help emergency personnel identify those patients with known medical conditions. Its appearance and use is governed by the Background, Specifications and Criteria manual published by the U.S. Department of Transportation.